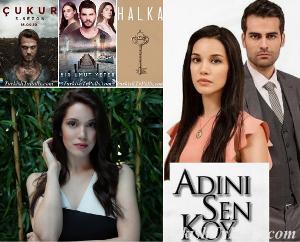 Which one is the Best Tv Series of Hazal Subaşı?

Hazal Subaşı: Hazal Subaşı is a Turkish actress and model. İzmir University of Economics, Faculty of Communication, Public Relations and ongoing training career in the Advertising section Hazal Subasi, Elite Miss Turkey have competed 13 by number in the 2015 final and has been Turkey’s most beautiful third daughter. Subaşı, who has been modeling for a while, has been recognized by the masses.

We choose the Best Tv Series Hazal Subaşı has acted in. You can vote only once in 24 hours.