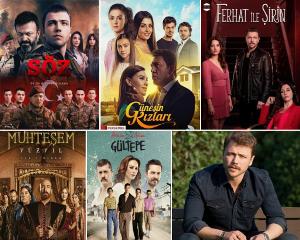 Which one is the Best Tv Series of Tolga Sarıtaş?

Tolga Sarıtaş: Tolga Sarıtaş (born 30 May 1991) is a Turkish actor. He is known for his roles as Şehzade Cihangir in Muhteşem Yüzyıl, Ali Mertoğlu in Güneşin Kızları and Yavuz Karasu in the successful drama Söz. He has won numerous awards and was nominated for an International Emmy Award at a very young age. Also he was final jury for choosing best lead actress in the 47th International Emmy Awards. In addition to his acting career, Sarıtaş has appeared in many advertising campaigns and won many awards in that category.

We choose the Best Tv Series Tolga Sarıtaş has acted in. You can vote only once in 24 hours.