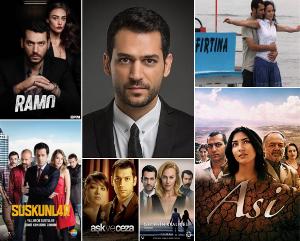 Which one is the Best Tv Series of Murat Yıldırım?

Murat Yıldırım: Murat Yıldırım (born 13 April 1979) is a Turkish actor. He graduated in Mechanical Engineering from the Yildiz Technical University in Istanbul, Turkey and he has a keen interest in mathematics. His interest in music and theatre started early on in his life as well. As a student, Yıldırım played drums in a band. His first leading role was in the series Fitrina where he met his future first wife, Burçin Terzioğlu, the same year he got nominated for Golden Orange Award for Best Actor for his leading role in the film Araf. Wikipedia

We choose the Best Tv Series Murat Yıldırım has acted in. You can vote only once in 24 hours.