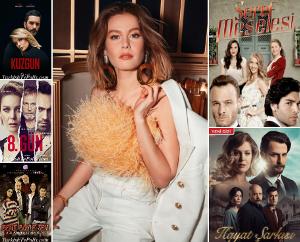 Which one is the Best Tv Series of Burcu Biricik?

Burcu Biricik: Burcu Biricik (born 4 May 1989) is a Turkish actress. She is of Yörük descent, which is a Turkic ethnic subgroup. She has won the Mannheim Turkish Film Festival Best Actress Award. Biricik was born on 4 May 1989 in Antalya. In 2006, at the beauty competition Miss Mediterranean in Antalya she was chosen as Akdeniz’s beauty. After participating at a theater festival and winning an award, she decided to become an actress, and after receiving a bachelor’s degree in archeology from Ege University, she received acting training at the Bornova Municipal City Theater. Wikipedia

We choose the Best Tv Series Burcu Biricik has acted in. You can vote only once in 24 hours.

2 thoughts on “The Best Tv Series of Burcu Biricik”