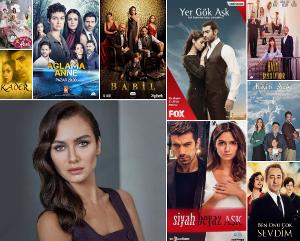 Which one is the Best Tv Series of Birce Akalay?

Birce Akalay: Birce Akalay (born 19 June 1984, İstanbul) Turkish actress. Completed her high school education at Pera Fine Arts High School (2003). He graudated from Haliç Üniversitesi Konservatuvar Tiyatro Bölümü. Turkey 2004 beauty contest in the third after he represented Turkey in the European Beauty Contest and reached the semifinals. In 2010, she played as Havva in Yer Gök Aşk (Tv Series) then in 2017 he played as Aslı in Siyah Beyaz Aşk (Tv Series).

We choose the Best Tv Series Birce Akalay has acted in. You can vote only once in 24 hours.