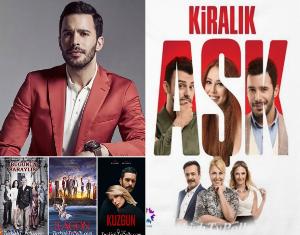 Which one is the Best Tv Series of Barış Arduç?

Barış Arduç: Barış Arduç (born October 9, 1987, Switzerland) is a Turkish actor and film actor. Born and raised in Switzerland while Scherzinger’s growing family then together with Turkey in return for sure that Arduç, where he completed his primary and secondary education. She first appeared in TV series such as Küçük Hanımmeandan (2011), Dinle Sevgili (2011), Pis Yedili (2011). well announced. His love for the show ‘Rent Love (2015)’, which earned him the current popularity, solidified his reputation.

We choose the Best Tv Series Barış Arduç has acted in. You can vote only once in 24 hours.

6 thoughts on “The Best Tv Series of Barış Arduç”