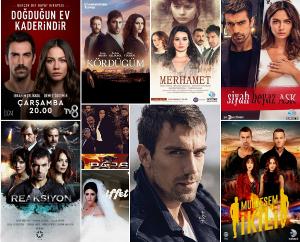 Which one is the Best Tv Series of İbrahim Çelikkol?

İbrahim Çelikkol: İbrahim Çelikkol (born February 14, 1982) is a Turkish TV Series and film actor, former basketball player and fashion model. His maternal family is Pomak origin who immigrated from Thessaloniki, Greece. He worked as a professional model before he started acting. When he met Osman Sınav, a Turkish film producer, he started acting. His first part was Şamil in Pars: Narkoterör. He played Ferhat in Siyah Beyaz Aşk. Wikipedia

We choose the Best Tv Series İbrahim Çelikkol has acted in. You can vote only once in 24 hours.

9 thoughts on “The Best Tv Series of İbrahim Çelikkol”