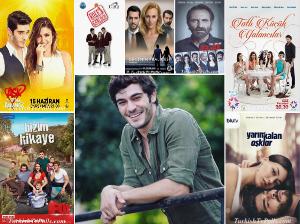 Which one is the Best Tv Series of Burak Deniz?

Burak Deniz: Burak Deniz (born February 17, 1991) is a Turkish actor. He starred as Murat Sarsilmaz, opposite to Hande Erçel, in the television series Aşk Laftan Anlamaz, in Bizim Hikaye (in English: Our Story), which is inspired by British TV show Shameless. He has been active in the Turkish TV industry since 2011. Wikipedia

We choose the Best Tv Series Burak Deniz has acted in. You can vote only once in 24 hours.